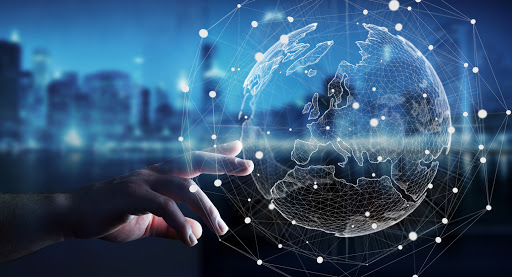 Belgium is one of the pioneers in the development of nuclear energy. Although it entered atomic history by chance via the Congo mines, first with radium and then with uranium, it then participated in the extraordinary boom of the atom in the 1950s and 1960s. Most of Belgium’s first nuclear experiments were carried out at the Belgian Nuclear Research Center (SCK•CEN). On May 11, 1956, the first controlled chain reaction was obtained with the research reactor BR 1 (Belgian Reactor 1), which is still in operation in Mol. Belgium is the third country in Western Europe, after Great Britain and France, to have obtained the divergence of a reactor (establishment in a reactor of a nuclear chain reaction). Very soon after this first success, Belgium decided to build and operate a materials testing reactor (BR 2) and an experimental nuclear power reactor for electricity generation (BR 3).

Commissioned in 1961, the BR 2 is used in research on the behaviour of reactor materials and fuels under irradiation. It also produces radioisotopes for medical and industrial purposes. This activity continues at the National Institute for Radioelements (IRE) in Fleurus, which today has earned an international reputation in the field. In 1962, Belgium’s first electricity-producing reactor, the BR 3, is commissioned. The original intention was to install it on the site of Expo 58 in Brussels. With a power of 11.2 MWe, it was connected to the grid in October 62. This first European pressurized water reactor (outside the United States), which was operated by electricity producers, would allow to train personnel for the future nuclear power plants in Doel and Tihange. From 1963 onwards, it was also used to test MOX fuel (mixture of uranium and plutonium oxides) under real conditions. In 1987, it was definitively shut down after 11 operating cycles. However, the BR 3 did not fall into oblivion, as it was designated as a pilot facility for research on reactor dismantling by the European Commission, and the dismantling was largely completed.

When the first reactors started up, three quarters of Belgium’s electricity production was generated from coal, a large part of which came from Belgian mines. However, the decline of the coal mines was already beginning and, at the same time, the consumption of electricity continued to grow. From 1950 to the present day, world electricity consumption has been multiplied by twelve. This growth took place in two phases: rapid until 1973 (first oil shock), then slowed down. As the keystone of industrial development in Europe in the nineteenth century and during the first half of the twentieth century, coal was gradually replaced by other energy sources as early as the 1960s.

For electricity production, uranium appears quickly in the eyes of officials as a real alternative to domestic coal. The amounts of electricity that nuclear power is likely to to produce make it possible to look to the future with confidence. The first commercial nuclear power plant built by the Belgians in collaboration with the French is located in the Givet point, in Chooz, along the Meuse. This PWR (Pressurized Water Reactor) power plant, whose reactor was the most powerful in the world at that time (242 MWe), began supplying electricity to the grid in 1967. It was permanently shut down in 1991.

The Chooz nuclear power plant, called Chooz A, has enabled the Belgians and the French to acquire know-how and experience both in the manufacture of equipment to equip future nuclear installations and in the management of a power plant. After the commissioning of Chooz A, the Belgians decided to launch their own nuclear power programme. Two sites were selected: Doel on the left bank of the Scheldt, downstream from Antwerp, and the industrial zone of Tihange on the right bank of the Meuse, upstream from Liège. The first reactors were commissioned in 1975 (Doel 1, Doel 2 and Tihange 1). Between 1982 and 1985, Doel 3, Tihange 2, Doel 4 and Tihange 3 were added to these three units.

In 1973, the year of the oil shock, electricity generation in Belgium was 52% oil and 0.2% nuclear (supplied by the BR 3). In the 1980s, the share of nuclear power averaged around 66%. That was the time when nuclear power was lighting two out of three lamps in Belgium.

Nuclear power today accounts for 50% of electricity production in Belgium, according to IEA statistics. Nuclear power is therefore an important source of energy even though its relative share in the Belgian energy mix is tending to decline in favour of other energy sources (gas and renewable energies).

All seven nuclear power reactors in Belgium are of PWR type, with UO2 as fuel (MOX was used in Doel 3 and Tihange 2 until the end of the 1990s). They account for a total of 5943 MWe of installed power, and are distributed as follows:

In February 2003, the law that transcribes the will of the Belgian government to stop production of electricity from nuclear power plants in Belgium was published in the Moniteur belge – Belgisch Staatsblad. In practical terms, the new law provides for the shutdown of the 7 nuclear reactors in operation in Belgium after a maximum period of 40 years from the date of their commissioning, i.e. in 2015 for the first reactors Doel 1/2 and Tihange 1, in 2022-2023 for Doel 3 and Tihange 2, and in 2025 for Doel 4 and Tihange 3. However, the law stipulates that an exception may be granted in cases of force majeure (e.g. security of energy supply).

This was the case for Doel 1/2 and Tihange 1, whose operation was extended until 2025. Today, the federal government organises a public consultation regarding a potential further extension. More information here.

It is important to remember that this is a political decision. Indeed, no legal lifetime is mentioned in the operating licences for Belgian nuclear power plants. A number of people question the realism of this decision. First of all because it does not provide for any credible alternative to nuclear electricity production (which accounts for 50% of Belgian production), but also because it would have negative consequences for Belgium, whether in economic, environmental (Kyoto Protocol) or security of supply terms.

Are you interested in becoming a BNS member?
Find some good reasons on our Membership page, and join us at our next event!

You are not a BNS member but still wish to stay informed of our next activities?